May the 4th be with you: The IP protecting Star Wars

In celebration of the unofficial Star Wars Day (May the 4th...be with you) colleague Michael Taylor has had a brief look at the intellectual property within this franchise.

Disney, who now own the rights to Star Wars following its acquisition of Lucasfilms Ltd. has sought Patent, Design and Trade mark protection which has contributed to creating the most valuable film franchise in the galaxy. 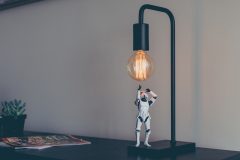 With approximately two thirds of the revenue generated by the Star Wars franchise coming from merchandise sales, Disney has sought Patent and Design protection to cover these well-known toys: 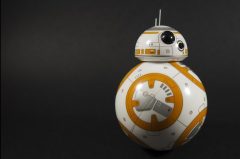 BB-8, the much loved droid which first appeared in “Star Wars: The Force Awakens”, has a granted patent covering its mechanism. The patent was filed 5 years before “The Force Awakens” actually hit the big screen, which shows how early in the film-making process Disney look to protect their IP.

In 2018, Disney filed this patent application for a lightsabre. The background, pleasingly, begins by saying “there are many fictional characters whose weapon of choice is an energy sword, and many films have been produced depicting these characters doing battle with their fantastical energy swords.” 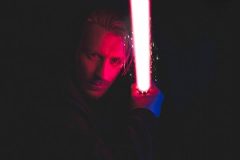 A long time ago, there were Designs being filed away…

… for AT-ATs, TIE Fighters, and X-Wings! 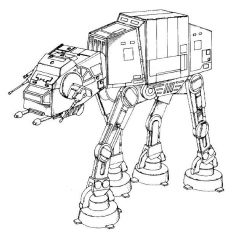 These designs were filed back in the late 70s and early 80s. Toys are ideally suited to registered design protection, where the form, and not the function, is what is being protected.

If you’re wondering what a “Porg” is, they appeared in “Star Wars: The Last Jedi” - a Lego version is in the image below. 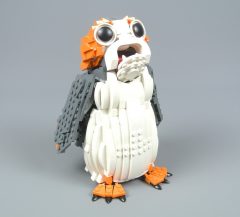 And so, by having Patent, Design and Trade mark protection, along with their naturally arising copyright, the Star Wars franchise is #BetterProtected by a Force field....of sorts.