​Why does cultural diversity matter?

According to the UN, three-quarters of the world’s major conflicts have a cultural dimension. Bridging the gap between cultures is urgent and necessary for peace, stability and development.

Cultural diversity is a driving force of development, not only with respect to economic growth, but also as a means of leading a more fulfilling intellectual, emotional, moral and spiritual life.

At the same time, acceptance and recognition of cultural diversity – in particular through innovative use of media and Information and Communications Technologies (ICTs) – are conducive to dialogue among civilizations and cultures, respect and mutual understanding.

As a business, diversity in the work-force has been shown to make companies more efficient, better at problem-solving and decision making, more innovative, and more profitable.

With this in mind, and in recognition of World Day for Cultural Diversity for Dialogue and Development (21 May), we asked our colleagues in Abel + Imray a little bit about their family’s cultural background.  With the benefit of hindsight, it is perhaps not that surprising to find that many people’s families have a rich mix of different nationalities and cultures.  Here are a small selection of stories from our colleagues about their background:

“My family line on the French/Catalonian side has been traced back to the 16th century, with the family living in and around a village near Perpignan in the deep south of France near the Spanish border.”

“My ancestors on my maternal grandfather's side were Dutch - Van den Broek. My son Johnnie's middle name is Vanderbrook in acknowledgement of this.”

“WWII immensely affected Polish history and culture. Probably every family has a story about the WWII events that changed their lives forever. The same was in my family. My grandad was a submarine soldier. On the first day of WWII his submarine was captured by the German army and he was sent to a work camp, where he spent 6 years. He survived and returned home. It always astonished me, how despite the war he never complained about anything and was a very positive person.

Poles love their beer and drink it with a….. fruit syrup. The most popular and my favourite is a raspberry one. I stick to my cider in the UK. One of the most strange and eyebrow-raising Polish traditions is the spring arrival celebration known as the Drowning of Marzanna. Marzanna is the Polish incarnation of the old Slavic goddess of winter, plague and death. Kids at school make a Marzanna effigy out of straw, wrap her in linen and decorate with ribbons and beads. Then they set her on fire and toss it into the river. Happy Spring Day!” 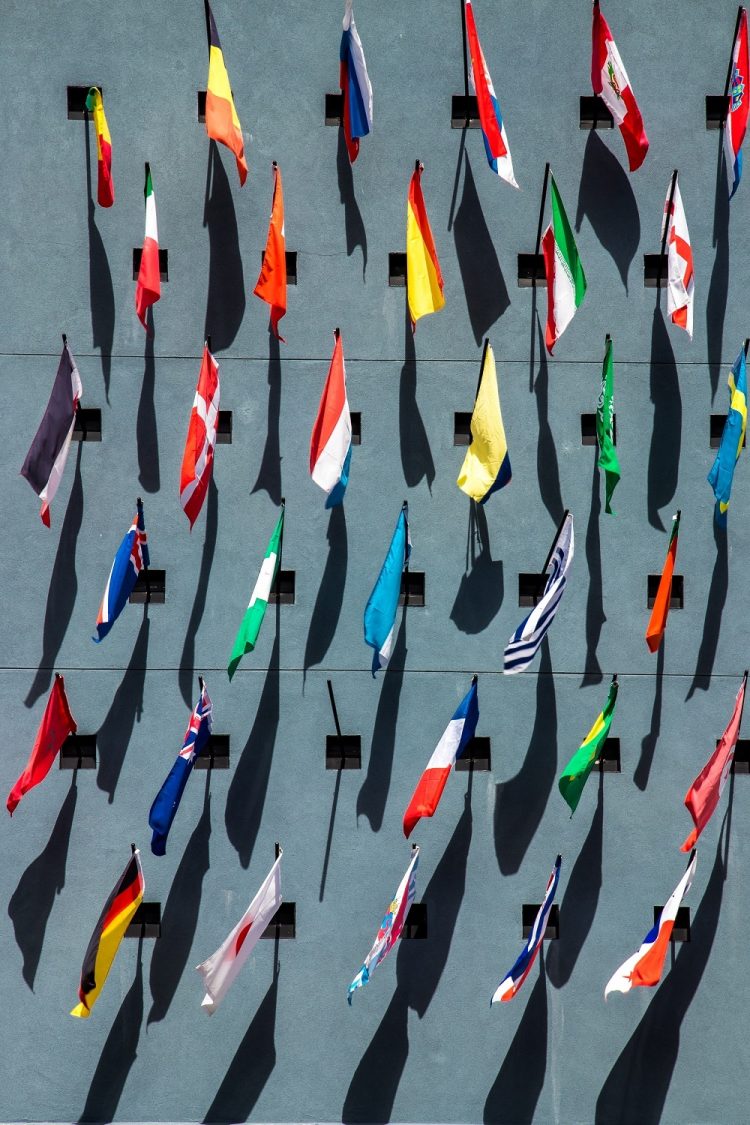 “My mum is half Australian; her mother was Australian and her father was born in London to a mother who was Jewish (with a Polish background) and a Scottish father. He ran away from home aged 13 and joined the navy. He went to Australia. My great grandmother eventually found him via the Salvation Army. He met my grandmother in Australia and had my aunt there. At the start of the Second World War, as he was still in the navy, they had to return to the UK and settled back in London where my mum was born. My dad is from Salford. His background is English/Irish - he's written an illustrated book about his mother's side of the family (the Healeys) which goes back to Drogheda in Ireland circa 1750.”

“I am a dual national (Irish through my Mum's side). Not background (maybe foreground?) but my wife and son are Spanish. In some senses, my genes are therefore just passing through the UK on their onward journey.”

“My Canadian Grandfather was stationed in the UK during WWII, but quickly divorced my Grandmother after two kids (one of which was my Dad) and the war ended.  I never met him but the family name lives on.  I also have some Welsh roots on my mother’s side of the family.”

“My grandfather was initially in the Royal Navy on minesweepers before joining the RAF serving in Ceylon and Changi, Singapore. My father and uncle were both Officer Pilots in the RAF. Later, I married an Army Officer with accompanied postings to Londonderry, Hong Kong and Brunei serving with the Royal Gurkha Rifles.”

We have shared these stories and others to stimulate further dialogue and discussion of the cultural diversity within our business and in the wider world, and to reinforce the value to Abel + Imray of embracing inclusivity and diversity in the workplace.