Changes to the UK Trade Marks Act with effect January 2019

In March 2016 and October 2017, we reported on the various changes to the European Union Trade Mark Regulation.  Corresponding changes were made to the revised EU Trade Mark Directive (Trade Marks Directive (EU) 2015/2436), and will be implemented in the UK Trade Marks Act on 14 January 2019.  The changes will therefore largely be the same as the changes to EU Trade Mark Law.  There are a large number of amendments to the UK Trade Marks Act 1994 and a summary of the main areas affected is set out below (other changes which we have not mentioned below relate to collective marks, licensing and restoration of expired marks and further details can be found here)

Accordingly, it will no longer be necessary to file a graphical representation of the mark and marks can be represented in any appropriate format using generally available technology.  This removes one of the hurdles for non-traditional trade marks such as position, sound, motion, multimedia and hologram marks which can now be represented by a JPEG, MP3 or MP4 file alone, as appropriate, provided that the representation satisfies the ‘Sieckmann’ criteria and is clear, precise, self-contained, easily accessible, intelligible, durable and objective.   Of course, such non-traditional trade marks must still satisfy the requirement for distinctiveness and so it is still likely to be difficult to protect many of these types of trade marks.  It still does not appear possible in practice to register smell, taste and tactile/texture marks, as they cannot adequately be represented using currently available technology (specimens are not acceptable).

Under the current Sections 3 (2) (a), (b) and (c) of the UK Act, marks which consist exclusively of shapes cannot be registered if the shape itself (a) performs a purely technical function, (b) adds value to the goods or (c) results from the nature of the goods.  These exclusions will be extended to marks other than shapes: signs consisting exclusively of shapes "or another characteristic" will not be registered if that shape or other characteristic results from the nature of the goods, or is necessary to obtain a technical result, or gives substantial value to the goods, meaning that features other than shapes now fall in to this category for automatic refusal.

An important change will be made to the notification of earlier rights in the IPO's search reports. The current provisions require expired marks to be taken into account for one year after expiry when considering the registrability of a later mark; however, from 14 January 2019, the IPO will no longer inform applicants of such marks when examining an application.

When conducting a clearance search, applicants should continue to search against marks which expired less than a year prior to the application.  The time period within which a mark can be renewed or restored is up to twelve months after the renewal date.

If the owner of a previously expired, but subsequently renewed or restored mark seeks to stop you using your mark, you will not be liable for infringement during a fixed period provided you started to use your mark in good faith. This period begins with the date the other mark expired, and ends with the date on which its restoration was published on the IPO’s website.

In opposition proceedings started on or after 14 January 2019, it will be open to applicants to request proof of genuine use of the earlier mark if that earlier mark was registered before the start of the period of 5 years ending with the filing date of the later application (or, if applicable, the priority date), rather than the date of publication of the later mark as at present.

The same way of calculating the 5-year period will also be incorporated into the amended requirements on proof of use in invalidity proceedings where relative grounds are cited.  The changes to the Act mean that the use conditions which the applicant for a declaration of invalidity will have to meet, if its earlier mark is more than five years old at the time of filing the cancellation application, may encompass two 5-year periods:

+   An applicant for cancellation will need to show evidence of genuine use of its mark in the five year period immediately before the date the cancellation action was filed; and

+   Where the earlier mark on which the cancellation is based had been registered for 5 years at the date of application of the later mark, it will also be required to show that the mark has been used during that earlier 5 year period (ending on the filing date of the application for the later mark).

Applications made by agents

A new regime will be added dealing with the situation where an agent or representative of a proprietor applies, without the consent of the proprietor, for registration of a mark in his own name. The proprietor of the mark can oppose any such Application under new section 5(6) and the application will be refused unless the agent/representative justifies his action. If the mark is, nevertheless, registered in breach of this provision, the proprietor will then have a choice of actions. He may "prevent" the use of the mark by the agent/representative or apply for the rectification of the register so as to substitute his name as the proprietor, or, indeed, he may do both – section 10B. Alternatively, the mark may be declared invalid – section 47(2ZA).

+   The own name defence will only apply to the use of a personal name or address, rather than a corporate name.  Trade name use of a protected trademark will now be specifically listed as an infringing act.  This does not apply retrospectively, but companies using a trade name similar or identical to a registered trade mark may become liable for infringement after 14 January 2019.

While ensuring that legitimate trade interests are not affected, the new rules will provide better means to fight against counterfeit goods in transit through the UK.

Proprietors will be entitled to prevent third parties from bringing infringing goods from third countries into the customs territory of the UK, regardless of whether they are released for free circulation, provided that they are entitled to prohibit the placing of the goods on the market in the country of final destination.  The burden of proof now lies with infringer to prove the right holder has no right to stop goods in that country.

+   Where infringement proceedings are based on a trade mark registration which is more than 5 years old, a defendant will now be entitled to require the proprietor of the mark in question to prove its use during the five-years before the start of the infringement action, or that the mark has been used in the 5 years since registration, or provide proper reasons for non-use. A defendant will no longer be required to bring a separate counter claim for revocation (new Section 11A).

+   Instead of the blanket defence given to registered marks, section 11(1) will, as amended, provide that a registered trade mark is not infringed by the use of a later registered trade mark where the latter "would not be declared invalid pursuant to sections 47(2A) or (2G) or section 48(1).  This means, for example, if the proprietor of the earlier mark cannot comply with the use requirements in an invalidity action, he cannot claim that his mark is infringed by the use of the later mark. This, together with new section 11A provides a comprehensive set of defences relating to non-use and validity and will relieve a potential defendant from having to commence separate invalidity proceedings in many instances.
If you any questions relating to the above changes, please contact your usual Abel + Imray attorney, or email ai@abelimray.com 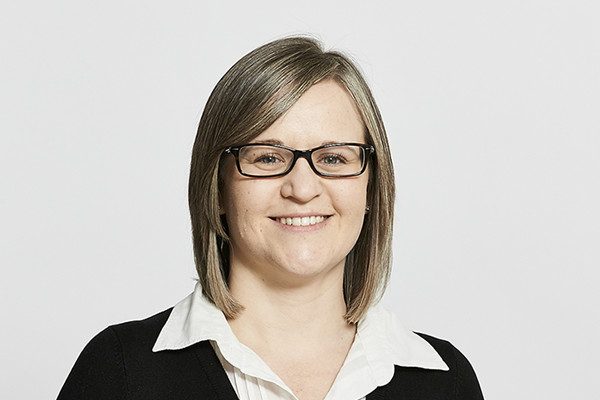