"Grassroots"​: How Motorsport can Accelerate the Development of E-scooters

It pushes boundaries. It drives innovation. We compete and we feel alive.

In motorsport, necessity is the mother of invention. Regulations change. Vehicles are updated. Limits tested. All racing vehicles operate on the edge (even those used in categories regulated to ensure a level playing field) and being on that edge necessitates advanced design.

This is the first of ten daily articles that are published on LinkedIn by Ritchie Daniel. CLICK HERE to connect with or follow Ritchie and read the other articles.

Working in the fast lane gives you a unique perspective on innovation. A senior Formula One (F1) engineer recently told me:

“Like many industries, motorsport finds itself regulated to ensure safety, but there are also tight controls in place to preserve the sporting spectacle. This restriction on the performance of the cars, drivers, and teams goes against their sporting goals and gives the ultimate incentive to innovate...the creative process by which these innovations are conceived, developed, and tested can be effective across a range of other industries.”

Motorsport’s innovative approach to product development was valuable in 2020, when the teams put their sporting differences aside and rapidly developed medical devices in response to the COVID-19 pandemic. Collectively, the UK aerospace and automotive sectors assisted in delivering hundreds of ventilators to hospitals to assist patients with symptomatic breathing difficulties. This is just one of many examples of how motorsport prowess enhances our everyday lives.

In this ten-part daily series of articles, we look at the lessons from motorsport and ask how motorsport can assist technological advances in a new, alternative mode of transport and influence human behaviour (hopefully for the better)?

This first article covers the power of sport. The ten articles cover (click links to read):

Protecting our environment is essential for future generations to thrive.

Sustainable changes in transport habits can drastically affect our environment. It is therefore important to get this right.

For proponents of greener travel, electric mobility (e-mobility) is key to addressing climate change. For agnostic innovators, e-mobility represents one in a multitude of options. Nevertheless, electric power has dominated in recent times and is the go-to solution when improving local air quality.

The eSkootr Championship™ (eSC for short) launches on 14 May 2022 in London and sets-up a six-event calendar spread out over as many months for the inaugural season. I am excited to be attending the event, out of curiosity for the new sport, and to experience the spectacle first-hand. High-speed scooter racing is not the norm. However, upending convention, and challenging the norm, is exactly what disruptive innovation is about. As zany as e-scooter racing sounds, it is likely to accelerate developments in transport and help advance the adoption of micromobility. For that reason, it is worth paying attention to.

Grassroots: The power of sport

It may be hard to quantify the influence of motorsport on advancements in technology. However, in the words of the late Nelson Mandela,

"Sport, has the power to change the world."

From marginal gains to innovative leaps, competitors do all they can to gain a competitive edge over the rest of the field. In some sports, technological advancements are more tangible to an end consumer than in others. Examples include racquet sports and cycling gadgets. Owning footwear incorporating the latest lightweight materials or breathable fabrics, for example, is more obtainable to most people than owning a high-performance road vehicle.

Does motorsport drive innovation at a consumer level?

Although road vehicles are far removed from racing thoroughbreds in many respects, certain aspects of racing technology used in motorsport can trickle down to benefit everyday road users. Examples of accessible technology include on-person safety devices (helmets, gloves, vital signs monitoring). However, motorsport vehicles are rarely road legal and are not a commodity item. Although some products for use in elite levels of sport can be used at an amateur level (racquet sports, cycling gadgets), how much transfer do we see from current forms of motorsport?

The time for technology to filter through from motorsport to the automotive world can be considerable, possibly because of the high degree of complexity in producing and seeking approval for a new automobile. Lightweight personal transport vehicles, such as e-scooters, on the other hand, have fewer components and so the development timescales are reduced significantly in comparison to automobiles. Using that logic, it is probable that advances borne out of the eSC could be felt more rapidly in the real world than from other motorsport categories.

In a recent interview with Move Electric, as recently re-published by Autocar, Alex Wurz, a former F1 podium sitter and co-founder of the eSC, described the racing series as a "high-speed laboratory".

Alex believes the eSC can impact road safety the same way motorsport aids car safety. Disc brakes, for example, began infiltrating production cars in the 1980s having originally premiered by Porsche for the 24 Hours of Le Mans. The rear view mirror was first conceived for the winner of the first Indy 500 race in 1911 (by replacing the riding mechanic, whose job it was to look backward and alert the driver to what was going on behind him!). The development of road-going e-scooters may be as nimble and dynamic as the eSC drivers themselves and the vehicles at their disposal.

Another example in motorsport, is KERS (kinetic energy recovery system). The use of KERS was introduced in F1 in 2009 as a driver aid to improve overtaking and defending. Advancements in KERS technology was patented by Williams in the 2000s (see granted US patents: 10,069,377 B2; 9,279,474 B2; and 10,012,289 B2) before the rights were acquired by GKN in a takeover of Williams’ Hybrid Power business. Since then, KERS using a carbon fibre flywheel, has been retrofitted into London buses to improve efficiency and thus reduce carbon emissions.

In the high-speed lab, safety and performance technology can be pushed to its limits. This accelerates the creation of technology that could eventually (and perhaps, rapidly) feed into and benefit road-going e-scooters. One example being used in the eSC series, as discussed by Alex in the interview with Move Electric, is speed control. Through automatic GPS geofencing (or even in the future advanced vision-based systems, such as that as developed by DroverAI), the speed of the e-scooters can be limited in certain areas, for example, at tighter sections of the track where higher speeds could be more dangerous.

Ritchie’s next daily article explores the micromobility boom and the context of e-scooters in the UK... CLICK HERE to follow Ritchie and read the other articles. 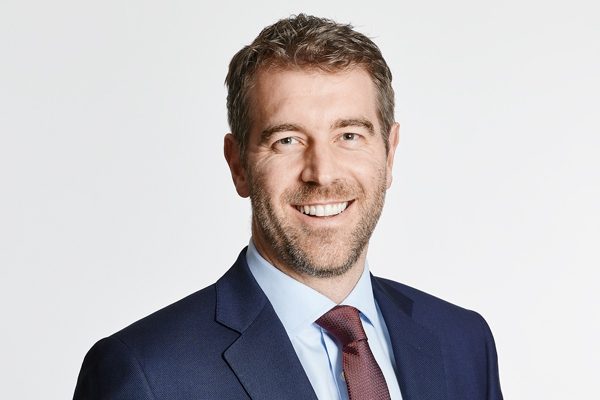