The current interest in renewable energy is nothing new. However, until relatively recently the mass adoption of renewable energy sources was maybe still seen as slightly fanciful rather than as a realistic alternative to traditional fuels like oil, coal and natural gas.

That was until it was revealed 10 of America’s largest corporations - Whole Foods, Kohl's, TD, HSBC, Deutsche Bank, The Environmental Protection Agency, Mohawk, Dannon, Pearson and The World Bank - now run on a minimum of 100% renewable energy. And while the phrase ‘a minimum of 100%’ may not sound quite right, it is. These corporations are not only satisfying their own energy requirements; they’re also producing a surplus they can sell back to other providers.

Their success has led to a renewed (pun intended) interest in the renewable energy sector and, predictably, in encouraging the innovation that will be needed to underpin its continued growth.

Solar remains a leading technology and its influence shows no signs of diminishing. There are now six times as many solar installations than there were in 2010, a trend that’s been helped no end by the fact installation costs have dropped by over 90% over the same period. 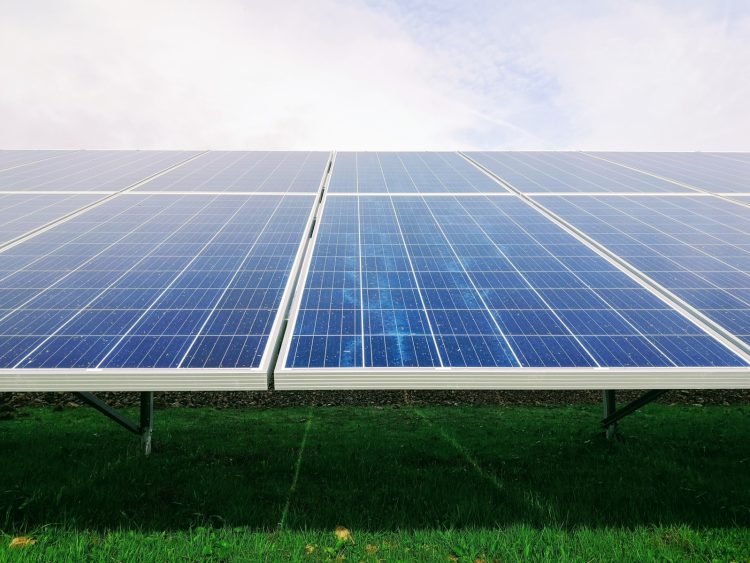 To keep step with solar power’s growing popularity, new ideas are being progressed that could well make solar even more productive and even more affordable and these include:

By placing photovoltaic panels on reservoirs and other bodies of water, the farms not only become 10% more productive due to the natural cooling effect of the water but also become cheaper to run as land does not need to be bought or rented.

From an environmental perspective, floating farms prevent the build-up of algae and slow the long-term evaporation of the water source by limiting air circulation and blocking sunlight from the surface of the water.

Bifacial panels allow both sides of a panel to produce energy which doubles their output and decreases the price of production as the additional cost of making the panels bifacial is minimal.

BIPVs not only allow architects to make solar powered buildings more aesthetically pleasing by blending the panels into different their designs, it also provides a number of cost-saving benefits for the eventual owners. They will enjoy reduced power costs and increased energy efficiency without having to pay for the installation of a solar system.

Solar skins allow the building owner to integrate custom designs into their solar panels. If you’re a home owner, you could match your panels to your lawn or your roof. If you own commercial property, you could include your or your tenants’ logo or signage and circumvent any clauses in your lease that would ordinarily prevent you from mounting solar panels.

Solar cell fabrics include filaments that enable the clothing they’re used to make to keep you warmer and even charge your phone. Or, you could use the solar fabric to make curtains that produce electricity while they reduce your energy bills and again save you from having to pay for a more substantial installation.

The US Army in particular has been quick to pick up on the potential benefits of solar fabrics and have already commissioned a run of solar-powered tents to test in the field.

UK drivers will already be familiar with the miles of new barriers being erected along our new ‘smart motorways’ but will our Highways Agency follow in the footsteps of the US Department of Energy and use these barriers to generate solar energy as well as control traffic noise?

The Department of Energy has estimated that adding solar production capabilities to their 3,000 miles of barriers could produce enough energy to power more than 37,000 homes which means PVNB could very well become a fixture on our roads in the near future.

Although solar is definitely a market leader, there are other sources being explored. Wave, geothermal and bioenergy are all options but experts feel only wind could realistically offer anything close to the potential output of the new solar-based options.

Recent reports suggest we could see more and more oil and gas companies moving into the European offshore wind sector most likely by installing wind generators to power their offshore platforms in the North Sea.

Meanwhile, the potential of hydrogen is also being explored. Experts feel that hydrogen’s ability to aid the production, storage and transportation of excess wind generated energy could help make it easier to integrate offshore wind-generated electricity into our existing grid.

However, innovation cannot be limited to energy production. Storage should also be a major consideration.

If – as is expected – more effective production methods lead to spikes in the volume of solar and wind energy entering the grid on particularly sunny or windy days, much of it will be wasted if it can’t be stored safely and efficiently. This additional demand on finding more inventive battery and storage technology will provide even more opportunity for the innovators driving the renewables market.

Given the enormous market demand to find new generation and storage solutions, the potential rewards on offer will no doubt see the already busy renewables market mushroom with new ideas and new entrants. This means that it is even more vital everyone involved takes even more care to craft an intellectual property (IP) strategy that will deliver their commercial objectives.

File too early and additional costs may be incurred to capture key features of the technology as it evolves. But, file too late and you could find your competitors have locked you out of your own market.

Or, maybe a patent isn’t actually the best course of action for you and you’ll find pursuing patent protection becomes nothing more than an expensive and damaging distraction.

This is why you must talk to an experienced patent attorney before you make any concrete decisions.

An attorney will help you pinpoint the innovation and know-how you have and work out how best to protect both so you can design the IP strategy that will get you to where you want to be and ensure your ideas are fully protected every step of the way.

Get in touch if you would like to discuss your IP.