At Abel + Imray we actively support and celebrate International Women’s Day, and this year we are making a proactive change through linking our expertise to achieve a positive outcome.

We have been working on a pro bono basis with Savera UK, a charity that was originally created in 2010 to support women who are at risk of domestic abuse and harmful practices such as honour-based abuse.  We are helping the charity to secure UK trade mark protection for their charity name, SAVERA UK.

Savera means 'new beginning' in Hindi, and the word Savera is already the subject of registered trade mark protection in the UK by various brand owners for goods and services as diverse as lifting apparatus, cosmetic creams, and various Indian-style dairy products (e.g. paneer, lassi, and raita).  The word is also in use in the UK by a vegetarian catering company specialising in Guajarati cuisine and has been the name of a few films.

The trade mark was published earlier today for the purposes of allowing any third party to oppose the registration of the trade mark for the goods / services specified.

Registration of the name SAVERA UK will help the charity in two principal ways.

Firstly, and possibly most importantly for a charity that would prefer not to divert any of its funds to pay for legal disputes or rebrands, it will give Savera UK confidence that other parties (including other charities) won’t be able to acquire trade mark rights in the future that could conflict with the use of its name.

Savera UK’s work is now gender inclusive so what if a non-charitable company sets up a fee-paying counselling service under the name 'Savera for Men' (for example directed at helping an affluent man decide how to make a new beginning for himself)? What if that company protects its brand as a UK registered trade mark? What if the service then causes instances of confusion, with people unknowingly approaching the wrong “Savera” for help? Savera for Men could take action against the charity.

This might sound a little far-fetched, but instances of confusion like this happen all the time between companies that have chosen similar trade marks for similar goods/services.  Normally the company with the stronger trade mark position (who has the earlier registration of trade marks often being the critical deciding factor) gets to keep their brand with the weaker party being forced to rebrand, and sometimes pay out financial compensation.  Once Savera UK has its name registered as a trade mark, it will then be very difficult and highly unlikely for any third party to be able to later acquire trade mark rights that could interfere with Savera UK’s own use of its brand.  Without this protection, that risk would remain.  To summarise, registering the charity’s name as a trade mark should help the charity enjoy the continued freedom to use its name in the UK in the years to come, without conflict with others.

Secondly, a trade mark registration will give the charity the legal right to stop any other third party from using or registering the same trade mark, or one that is confusingly similar, for similar or identical goods/services, particularly if there is a likelihood of confusion amongst the public/consumers.  With a trade mark registration, the charity could (depending on the exact circumstances) take action to stop a third party using a name such as Savera for Men in relation to certain confusingly similar services.  If any of the existing companies using or owning trade mark rights in the UK engage in fund-raising activities that cause confusion with the charity, Savera UK would have a legal right to refer to, if they want to discourage any such activity.  While it might be highly unlikely for charities to get into a legal dispute, if ever two charities were to operate under the same name – or a confusingly similar name – there could be confusion amongst fundraisers or other members of the public, possibly causing donations being made to the wrong organization.  By having effectively registered their interest in this name – for the services of interest to the charity – Savera UK will have the upper hand.  To summarise, a second advantage of registering the trade mark will be that the registration will afford the charity the legal right to stop third parties from doing things that would cause conflict / confusion with its name, Savera UK.

Savera UK was created to address cultural taboo around harmful practices such as forced marriage, honour based abuse and female genital mutilation and domestic abuse within BME communities. The meaning of ‘SAVERA’ symbolises the support the charity provides to those who are victim or at risk of such practices and help them build a new life after they leave their abusive environment. The charity also uses range of creative approaches for awareness raising and engagement with communities and professionals.

Afrah Qassim: founder and Chair of the charity said

“The Board and myself were delighted and appreciative to be offered this opportunity by Abel + Imray to help us in registering SAVERA UK as a trade mark, we probably wouldn’t have done it, due to the cost required to complete the process”

Senior partner and patent and trade mark attorney Jim Pearson said “We are very pleased to have been able to help SAVERA UK in applying to register their trade mark and protecting the charity's name. Abel + Imray chose to cover all the expenditure for this application as part of our recognition and support of International Women’s Day.” 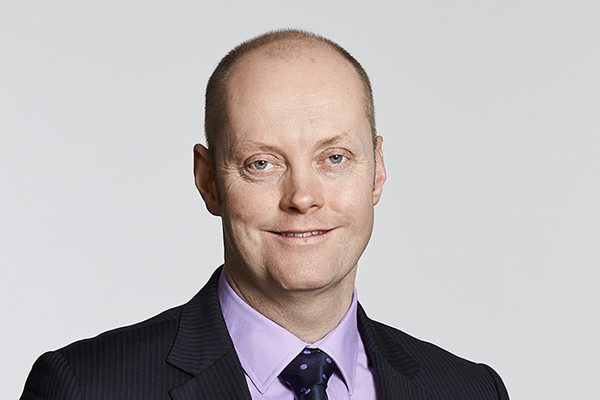