Pharmaceutical, Healthcare and Cosmetic Products – beware what you claim in your advertising in the UK!

It is well known that, in the UK unlike for example the US, it is not possible to advertise prescription pharmaceutical products directly to patients. It is only possible to advertise prescription-only products to healthcare practitioners who prescribe or supply them. Moreover, only products licensed by the Medicines and Healthcare products Regulatory Agency (MHRA) or, for products in Northern Ireland, the European Commission, can be marketed.

For non-prescription products such as common painkillers and allergy remedies, it is possible in the UK to advertise to end consumers but you must be very careful about what you claim about those products.

The UK authorities have published a helpful guide to the advertising of pharmaceutical products called The Blue Guide. In particular, advertising of non-prescription products to the general public should not suggest that one product is better than (or equivalent to) another identifiable treatment or product, or that the effects of taking it are guaranteed. Furthermore, the advertising should not include any recommendations, endorsements or sponsorship.

In addition to rules about pharmaceutical products, there are also rules about advertising foodstuffs, cosmetics and organic products. Care is needed in advertising these products and their benefits because “overclaiming” can fall foul of various consumer protection regulations and result in action being taken by the Advertising Standards Authority (ASA) or Committee of Advertising Practice (CAP). Advertisements which fall foul of the ASA and CAP’s codes and need to be modified or withdrawn can be highly embarrassing for brand owners.

Health claims are those claims which describe a relationship between a food or ingredient and health. The UK’s rules on health claims cover claims which suggest or allude to a relationship between food and health and not only explicit claims. Marketers promoting a food (or a soft drink) or food supplements, should ensure that the health claim is authorised and listed on the NHC Register and the advertiser should ensure that it holds documentary evidence to substantiate its claim.

The regulations are very stringent as to the wording allowed for health claims and all claims should be presented clearly and without exaggeration. The ASA is likely to investigate a complaint about a stated health claim which does not have the same meaning as an authorised claim which is listed on the EU Register. Similarly, nutrition claims are only permitted if they are listed in the Annex of Regulation (EC) No 1924/2006 which the UK still follows. Advertisements making a nutrition claim must meet the conditions set out in that Annex.

Appearance and beauty claims not caught by the Health and Nutrition rules for foodstuffs still need to be supported by scientific evidence. Rule 12.1 of the CAP Code makes clear that substantiation of claims is assessed on the basis of current available scientific knowledge. CAP’s generally requires that, for example, efficacy claims for anti-ageing products need to be supported by clinical trials conducted on people.

In one ruling concerning an advertisement for skincare tablets, which stated “[worked] from within to help reduce the appearance of fine lines and wrinkles”, the ASA considered the advertisement in context and concluded that the claim was likely to be seen as a beauty claim rather than a health claim. However, as a beauty claim it still needed to be supported with suitable evidence proving the efficacy of the product but the advertiser’s evidence was not sufficient.

This was in part because a number of studies carried out by the advertiser did not involve protocols that included a non-active control or placebo throughout the whole trial period. The studies also did not use methods to adequately measure wrinkles before or after treatment. Finally, the studies involved a high proportion of post-menopausal women whereas the advertisement in question showed a 43-year-old woman and was clearly targeted at pre-menopausal women.

In July 2014 the authorities looked into an advertisement on TV which featured a woman gazing into her own face in a mirror, with a voiceover stating "I drink Pure Gold Collagen every day". It was considered that although the advertisement made no specific claims relating to the qualities of collagen, or the product itself, most consumers would understand from the advertisement that it alluded to an association between collagen and a positive effect on the woman’s appearance. The advertiser’s evidence was not sufficient to substantiate the implied claim and the advertisement was therefore held not to comply with the Code.

Marketers should not claim that a food is “organic” or is “made with organic ingredients” unless it comes from farmers, processors or importers who follow the minimum standards set down in EU Regulation (EC) 834/2007, are registered with an approved certification body and are subject to regular inspections. Again, the advertiser of organic products must be able to provide documentary evidence to support these claims.

Our attorneys have direct experience of working with pharma and understand the importance and special considerations of trade marks in this industry. We are a European firm and assist our clients to protect their IP rights in the UK, Europe and worldwide from our offices in the UK and The Netherlands and through our international network of trusted local attorneys. We enjoy looking after your ideas so you are free to do what matters most to you. 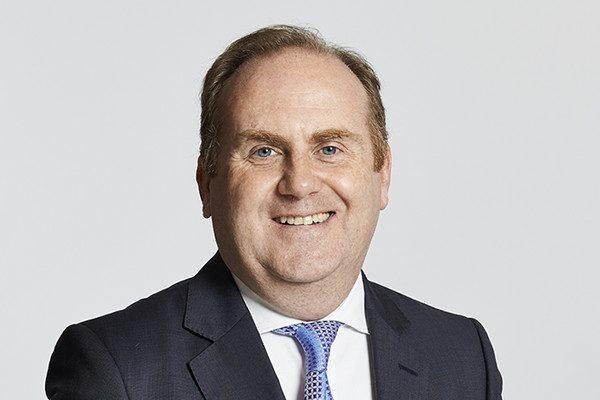