Software-based innovations encompass, and are applicable to, a huge number of fields and applications. But what are the best ways to protect such innovations?

A patent is often regarded as the ‘gold standard’ of protection. A granted patent can, for up to 20 years, provide strong protection against others wishing to exploit your invention (whether through copying or independent creation). By potentially excluding competitors (or at least forcing them to design around your invention), or licensing to third parties in exchange for royalties or access to other technologies, patents have the potential to add significant value to your business.

However, it is not all plain sailing. Firstly, as part of the patenting process the invention must be disclosed to the world. Once the patent has lapsed or expired, therefore, it may be straightforward for others to freely exploit the invention. Obtaining patent protection, even just in the UK, can also involve considerable expense, and costs will increase according to the number of geographical territories in which patent protection is sought. While granted patents can exclude others from using your invention, actually detecting infringement (and subsequently proving it) may not be straightforward, particularly with software-based inventions. Moreover, there is of course no guarantee that a patent application will actually be granted.

The difficulties involved with patenting software-based inventions are somewhat notorious, but they are often exaggerated. It is certainly possible to patent a software invention, provided that it is shown to solve a technical problem in a technical way. The patent then protects the function of the software, i.e. what the software does, rather than the specific code itself. Your patent attorney can help to draw out the technical features and advantages of your invention in order to improve the prospects for grant, but in spite of this the patenting process for software inventions can still be unpredictable. Different jurisdictions also have different requirements and legal tests when it comes to patenting software inventions; so, for example, your invention might be deemed patentable in the US, but not in the UK.

Trade secrets provide an alternative form of protection, which in some ways and for some innovations may be preferable to patents. First, trade secrets can protect subject-matter that it might not be possible to protect using patents. For example, so-called business methods may be deemed to be excluded from patentability, but could be protected using trade secrets. Therefore, some software-based inventions which might have a relatively low chance of successfully being patented could be kept instead as a trade secret. Trade secrets may also be useful to protect software-based innovations for which infringement of a patent would not be easily detectable. Additionally, trade secrets have the potential to last forever, provided the secrecy is successfully maintained, unlike patents which have a limited lifespan. The recipe for Coca-Cola, for example, supposedly remains a closely-guarded trade secret after over 130 years.

Unlike patents, which require filing, examination and registration, trade secrets exist automatically provided the relevant conditions (set out below) are met. Since there is no registration process, costs can be substantially lower than for patents, and timescales shorter. This may be particularly useful for fast-moving technological fields where the (typically) long timescales involved in obtaining a granted patent may be impractical. Trade secrets can thus provide a level of immediacy and flexibility that may be difficult to achieve with patents.

So should you just forget about software patents and go straight for trade secrets? Not so fast.

In the UK and many other countries, a trade secret is defined as information which (i) is secret, (ii) has commercial value because it is secret, and (iii) has been subject to reasonable steps to keep it secret by the person in control of the information. What exactly constitutes ‘reasonable steps’ for software-based trade secrets is not certain under current case law, but is likely to include at least some of the following: internal document security measures (including both physical and cyber security), limiting access to sensitive information or documentation, educating employees regarding trade secret issues, using appropriate confidentiality labels, watermarking or metadata on sensitive documents, using IT systems to track and police access, mobile device management, and ensuring employee contracts and commercial agreements are appropriately worded to impose duties of confidence. It is also important to properly document the measures that have been taken to ensure secrecy. If you cannot show that reasonable steps were taken to keep the information secret, then your trade secret may be effectively unenforceable.

It might go without saying, but once a secret is out, it is no longer a secret. Since any information breach can be fatal, the information (and access to it) must be managed carefully. Moreover, to enforce your trade secret against a third party, you must have evidence showing that the information has been taken without consent and that you have suffered damage as a result. This might be easier said than done in practice. Also, trade secrets do not protect against competitors arriving at the invention independently or by reverse-engineering your commercially available product. If a competitor does manage to arrive at the invention, there is a risk that they might then try to patent it, and if successful this could severely impact your activities.

So how do you choose between patents and trade secrets for your invention?

To help you decide, it is worth discussing the following questions with your patent attorney. First, how valuable is the invention to you? Is it worth the expense of seeking patent protection? How valuable might the invention be to third parties, such as your competitors or potential licensees or investors? Is a patent application likely to get granted in the territories that are important to you? If so, will the likely scope of protection of the patent be commercially useful? Would infringement of the patented invention be easily detected? How easy would it be to arrive at the invention by reverse-engineering the commercial product? Finally, do you have the internal processes and infrastructure in place to maintain secrecy?

An optimal strategy is often to combine patents with trade secrets (and possibly other forms of IP). Patents can be used to protect your key and most valuable technical innovations and functionality, whilst trade secrets protect the more specific (and perhaps less patentable) algorithms that you use to realise your ideas.

Ask your patent attorney about how best to protect your ideas. Discuss your aims and priorities with them, so that a suitable blend of IP rights, including patents and trade secrets, can be tailored to your specific needs. 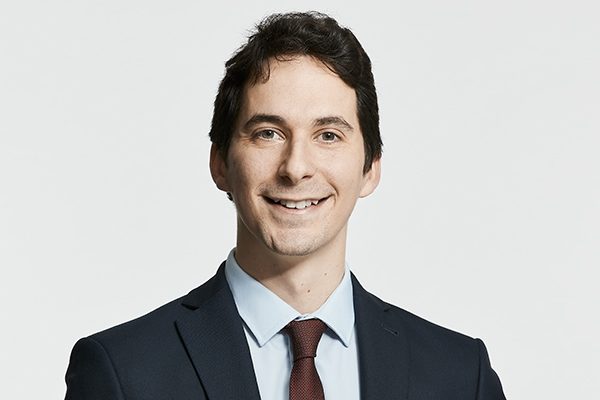