There is a requirement that parties will have behaved equitably, before a Patent Office, in the procurement of intellectual property and if they have not, then there are consequences, such as a granted patent being unenforceable in patent litigation.

This article has been written as an insight and reminder for UK and European patent attorneys, and attorneys in other jurisdictions, and businesses that make patent filings at the USPTO.

Before the United States Patent & Trademark Office (USPTO), “[e]ach individual associated with the filing and prosecution of a patent application has a duty of candour and good faith in dealing with the Office, which includes a duty to disclose to the Office all information known to that individual to be material to patentability….”[1].

Failure to meet this duty can lead to a finding that a patent was the subject of ‘inequitable conduct’ before the USPTO.

Prior to Therasense the intent requirement was met by mere negligence, and the court took a “sliding scale” approach so that a strong showing of materiality would reduce the threshold for a showing of intent, and vice versa. In Therasense, the CAFC:

The Therasense decision has been largely successful in its goal of eradicating the plague of weak and perfunctory inequitable conduct counterclaims, and the US Supreme Court has effectively approved the approach, by deciding not to review the heightened standard.

Immediately post the Therasense decision, some commentators suggested the new intent framework was almost impossible to meet. However, subsequent cases have proved this is not the case; one such case is the recent decision in Belcher Pharmaceuticals vs Hospira Inc [4].

In Belcher vs Hospira, the patent related to a formulation of L-epinephrine (L-adrenaline) with a pH of 2.8-3.3. The stability of L-epinephrine depends on pH; at low pH the L-epinephrine converts to D‑epinephrine and at high pH, the L- epinephrine is prone to oxidation. During prosecution, it was argued that increasing the pH to 2.8 or above had the surprising effect of reducing degradation of L‑epinephrine.

Prior to filing the patent application, Belcher had filed for regulatory approval in the US. Initially, the new drug application (NDA) was directed to a formulation with a pH in range 2.8-3.3, but during the FDA’s review they amended the pH to 2.4.-2.6. In response to the FDA asking for data supporting the new range, Belcher argued that the pH change was a very minor change, not requiring additional stability studies. The FDA did not accept this, and to avoid a delay to the regulatory approval, Belcher reverted to the 2.8-3.3 pH range, which is the product which was approved. Therefore, contradictory arguments were filed before the FDA and the USPTO and the District Court found ‘inequitable conduct’, a decision which was affirmed after the appeal to the CAFC. The patent was, therefore, found to be unenforceable. One key fact in the case was the Chief Scientific Officer (CSO) was involved in both the regulatory and patent submissions and the court considered he had performed an about-face in arguments filed before the USPTO.

The case highlights the difficulties in managing prosecution before the USPTO, be it prosecuting different patent applications in related fields of technology before the USPTO, prosecuting before the USPTO in combination with other patent offices, or prosecuting before the USPTO while advancing a product before regulatory authorities, such as the US FDA. Whilst in the present case, it appears that it may have helped if the FDA proceedings and USPTO proceedings had been separated within the company, in this case, the CEO and CSO were inventors, and therefore, this would not have been possible. However, it would be much better practice to ensure processes are put in place to ensure consistency of argumentation filed before other patent offices, regulatory authorities and the USPTO.

The Author is grateful for the assistance of the US attorneys, Muna Abu-Shaar and Paul Pyla, of Biospark Intellectual Property Law for their input reviewing the text and their useful additions.

We are a European firm and assist our clients to protect their IP rights in the UK, Europe and worldwide from our offices in the UK and The Netherlands and through our international network of trusted local attorneys.
Get in touch if you would like to discuss your innovations and brand protection further. 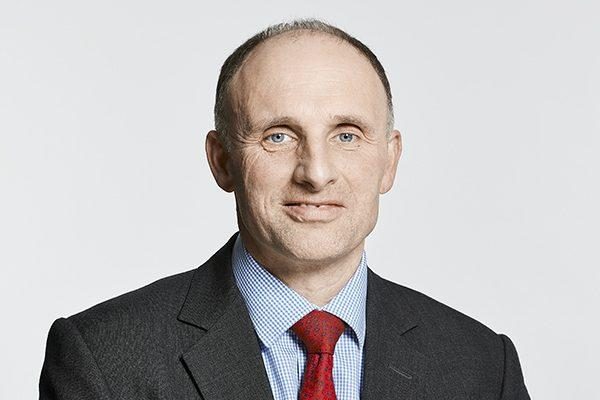