A New Brand of Footballer

It is of course good business practice for football clubs – as major commercial corporations – to protect their name and logos by way of trade marks.  However, it is now increasingly common for individual footballers to protect their own names or brands to pursue their own merchandising opportunities.

We have previously written about the different problems faced by Lionel Messi, Cristiano Ronaldo and Neymar da Silva Santos Júnior  but we now dig a bit deeper and take a look at other footballers that have applied to protect their own names or brands associated with them. 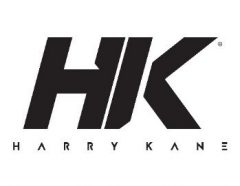 Premier League footballers Marcus Rashford, Sadio Mané, Mesut Özil and David De Gea are among those who have registered their names as trade marks in the UK or EU. Jessie Lingard and Harry Kane have protected logo versions of their names or nicknames, and Paul Pogba and Andrea Pirlo have even registered their own signatures. 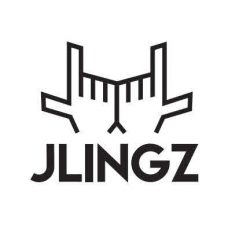 Some footballers have gone even further, seeking to protect trade mark poses or moves, such as Kylian Mbappé, who has a registration of an image showing him in his famous crossed-arms goal celebration pose. This is in fact something Nicolas Anelka pioneered back in 1999 with his own silhouette logo.  Gareth Bale also protected a logo of his heart goal celebration during his time at Spurs.

Even some superstar managers have got in on the act: Jose Mourinho has Registrations of his name, and Liverpool manager Jürgen Klopp has recently filed an EU Trade Mark Application for Kloppo.

There will always be “entrepreneurs” looking to take advantage of the obvious renown of Premiership and international footballers.  As an example, in 2017, an individual filed UK Trade Mark Applications for both MARCUS RASHFORD HEROES COLLECTION and HARRY KANE HEROES COLLECTION.  Interestingly, both Applications were refused by the UK Intellectual Property Office (UKIPO), apparently without the footballers themselves having to intervene, possibly on the grounds that the Applicant had no connection to the footballers in question.

However, in such cases, the brand owner cannot usually rely on the UKIPO to act on their behalf.  When UK Trade Mark Applications for Jamie Vardy / Jamie Vardy sport and Jamie Vardy’s having a party were filed by seemingly unrelated third parties, they were later withdrawn before achieving registration, which is likely to have been prompted by a letter from Vardy’s advisers.  Vardy subsequently registered his own name and indeed JAMIE VARDY’S HAVING A PARTY.

There is an advantage in applying to protect your name as a trade mark before you become very famous.  Sir Alex Ferguson filed a UK Trade Mark Application for his name, but this was refused in 2005 by the UKIPO in relation to ‘printed matter, posters, photographs, stickers and transfers’ as the Office took the view that the names of famous people are merely descriptions of the subject matter of the product. Objections of this nature are likely in respect of image carriers such as posters, calendars, photographs, transfers and figurines where a famous name is likely to be used to describe the subject matter of such merchandise, rather than being used as an indication of origin: essentially this means that the average sports fan would perceive an Alex Ferguson poster as referring only to the subject of the merchandise, and not as originating from Sir Alex.

For footballers and managers, applying early to protect their names should be a simple decision that does not need to go to VAR.

Get in touch to find out how we assist professional sports players, clubs and sports management agents to protect their brands.